As an active member of the Bridgeport Regional Business Council (brbc.org) I can personally attest that as a business organization, it affords many opportunities for networking within the Greater Bridgeport area. Fearlessly and selflessly led by Paul Timpanelli, the BRBC is the largest business association in the region, and is comprised of three Chamber of Commerce affiliates: Bridgeport, Trumbull and Stratford. Throughout the year, the BRBC hosts a variety of professional development and networking events and this morning I had the pleasure and good fortunte of being amongst the many local business leaders to attend “Inside the CEO’s Office”, billed as an exclusive opportunity to connect with the region’s top chief executive officers.

This morning’s event featured Robert “Bob” D. Scinto of Scinto, Inc. and it was not to be missed. A legend in my adopted hometown of Shelton, Bob Scinto is a world-class real-estate developer with real estate holdings representing almost 5% of all taxable property in the city. What impressed me the most during this morning’s presentation was not that he’s recognized as Shelton’s Top Taxpayer, but how a man from humble beginnings from Bridgeport’s West End can become successful while giving back and remaining a blessing to so many along the way. That is truly something to aspire to. A true rags to riches story that continues to this day.

I was so inspired by his candid talk with us this morning, that I wanted to share some of the many bits of wisdom and insights into his life that he dropped on us, as I’m sure will inspire you as well.

Here are some the notes I jotted down into my iPhone’s note pad and photos from the event: 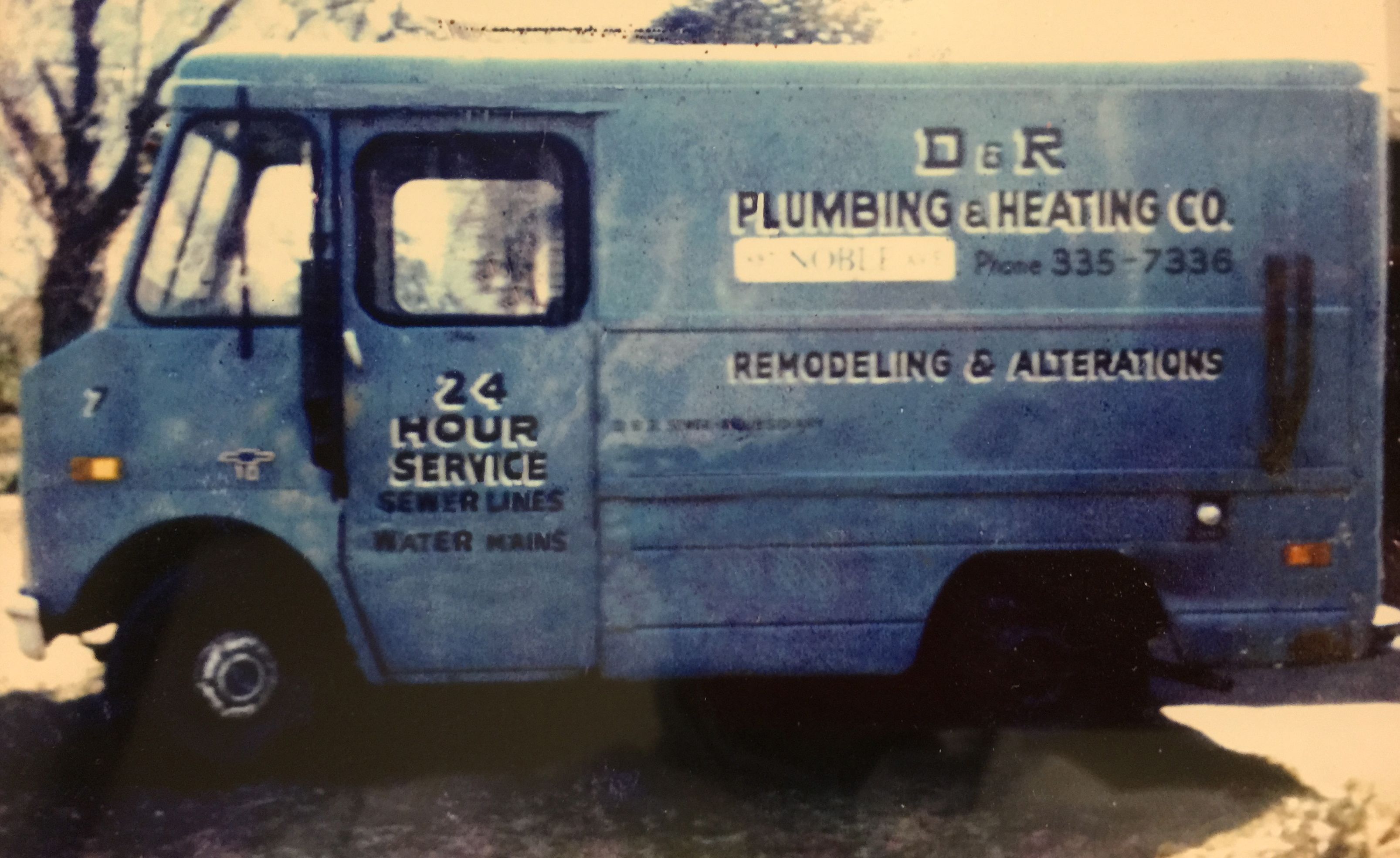 Bob Scinto – humble beginnings, troubled student, pushed through school and graduated without being able to read. He was diagnosed with a speech impediment and was dyslexic. Despite these difficulties, he worked hard as a plumber, driving this truck around the streets of Bridgeport’s West End, earning $93.50 a week for over 5 years, servicing clogged toilets and fixing furnaces until one day, while eating a peanut butter and jelly sandwich, sweating, while covered in coal-dust, he thought to himself that there must be another way.

Mr. Scinto’s first property was a 3-family home he bought in Bridgeport. By the time he was 24, he was collecting 39 rents a week on another property he had saved up for and purchased. He was on his way to be one of the most successful real-estate developers in New England.

“If” by Rudyard Kipling

Bob shared with us one of his first major deals and how he waited 8 hours for a chance to speak with Frank D’Addario about purchasing a property along the Merritt Parkway. He quoted the poem “If” by Rudyard Kipling’s famous line: “to wait and not be tired by waiting.” Bob went on to share how he recites the entire “If” poem every other day when he practices his yoga. 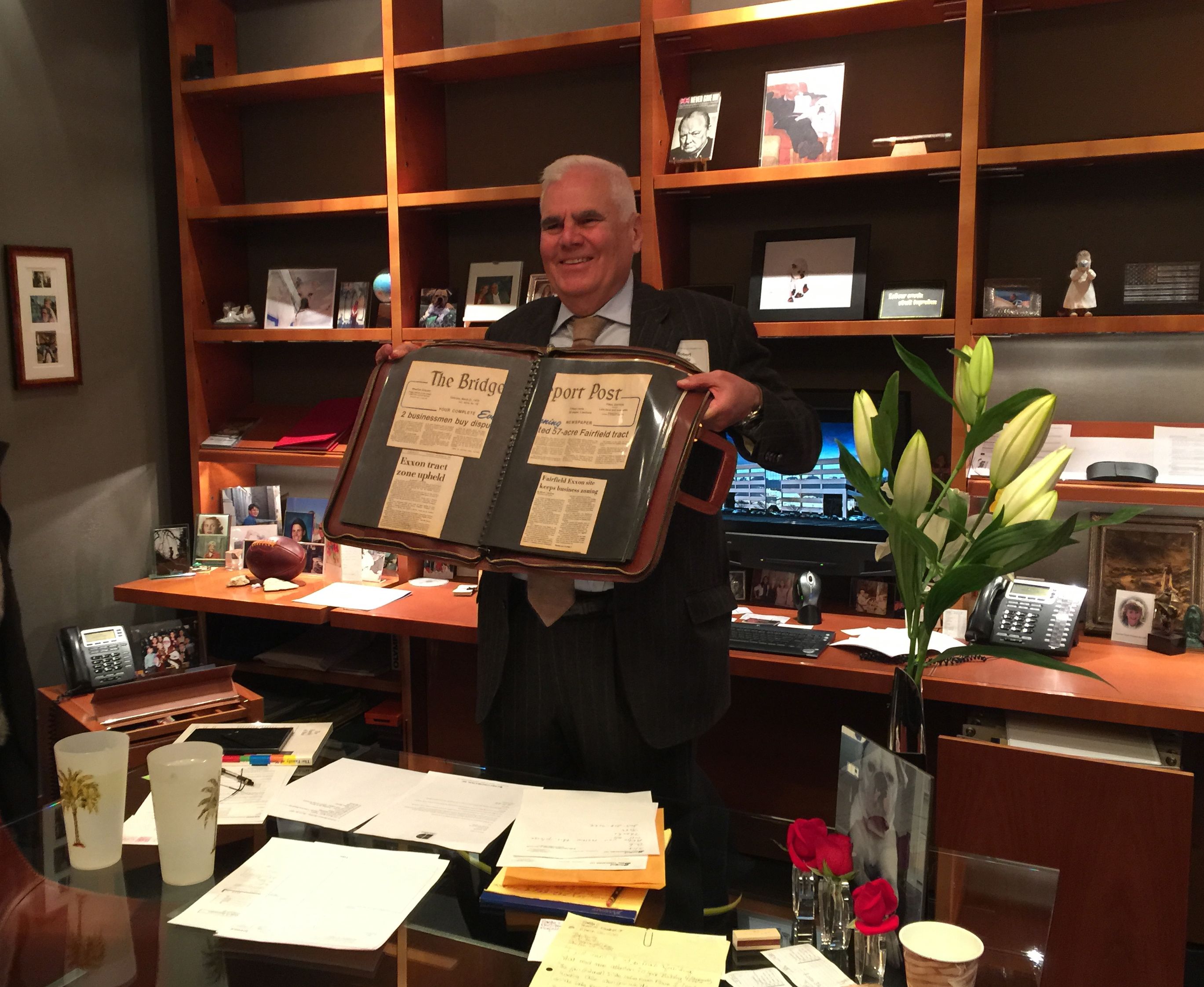 Bob showing us the famous headline that first labeled him a “businessman”, a headline written by Shelton legend and friend of mine, the late Herman Wolf

Asked about his lowest point as a developer, and Bob said “1990” without hesitation. He said he woke up one morning and was $70 million in debt and was losing $500k a month with about 360,000 square feet of empty office space in his inventory. It took him 11 years to get out of that debt, but he never gave up. 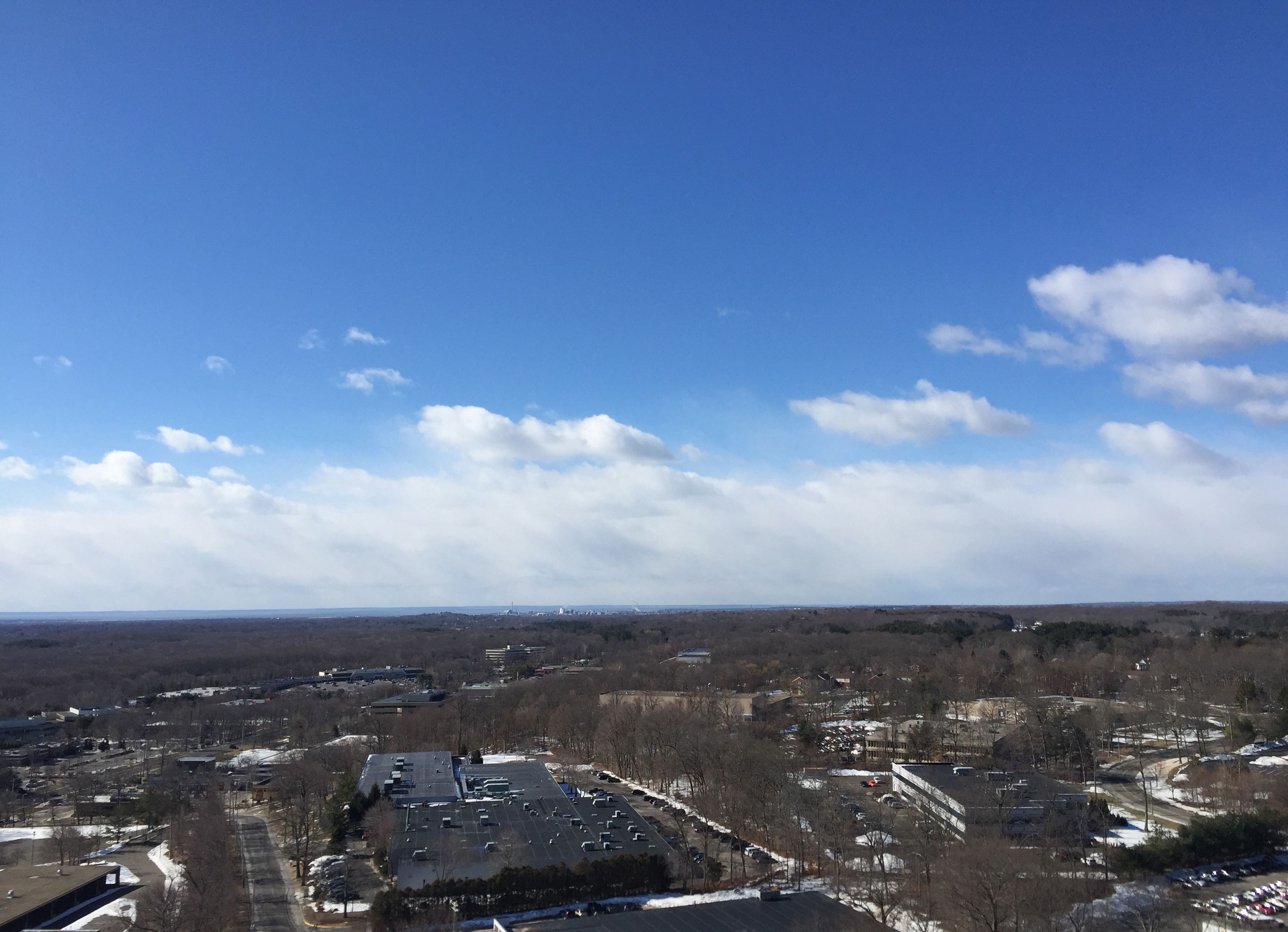 The view from the top of Bob’s marquis property – The Renaissance, a high-rise luxury condo building in the heart of his corporate park here in Shelton. It is actually the highest point in Fairfield County. In the distance is Long Island Sound and Seaside Park of Bridgeport. One thing Bob made clear is that he never wants to forget where he came from.

“Your self worth comes from your mother and your father.” A big reason that Bob Scinto gives back to the youth is that he realizes how important early education is to the development of our young people. He can often be heard saying how much he loves speaking to young people. He shared a very personal story of his battle against ringworm as a child, and how his mother’s constant care and sacrifice made him feel that he ‘must be worth something’ for her to be going through all that trouble of taking care of his affliction.

“Doesn’t matter what you do, you can always be of service to other people.” Bob shared a story from his plumbing days, and the look of joy on the faces of three little boys who were finally able to use the bathroom after Bob came by and unclogged it. I found it fascinating that he still travels with the same plumbing auger that he used back in those days. It’s a reminder of where he came from. Something that is very important to Mr. Scinto. 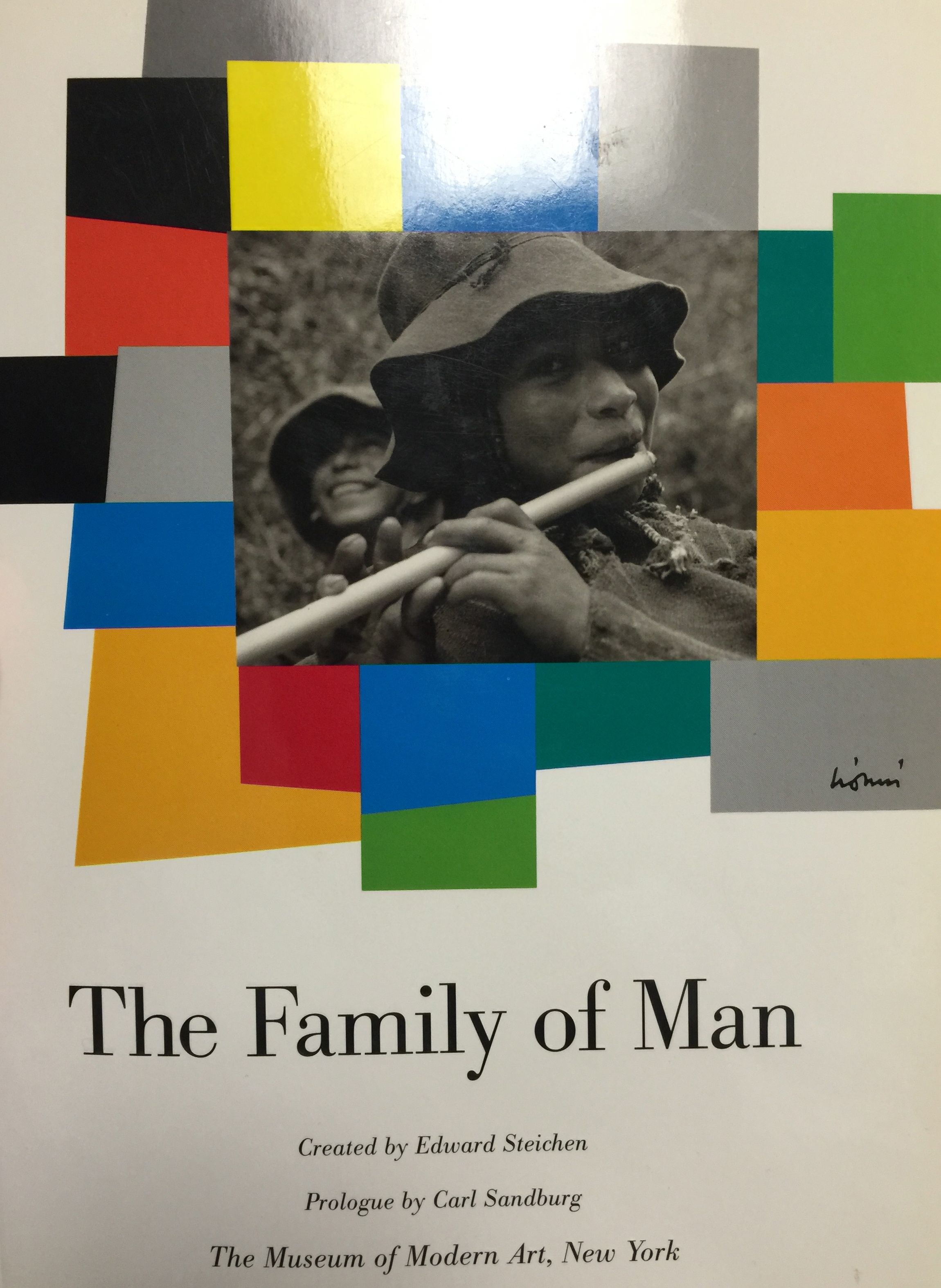 During his days a plumber, Bob often traveled with a camera and would often try and capture people from different walks of life going about their day doing everyday things, making pancakes, going for a walk, doing work around the house. He was very inspired by a book he passed around, “The Family of Man” which features people from all over the world. Having compassion for your fellow man is something very near and dear to Mr. Scinto.

“See what you are, become what you see. See yourself as a good person, and become that. Use your imagination to get your life in the right direction. It was during his days as a plumber that he had his epiphany: he used his imagination to drive him towards the world of real estate. A world that he is dominating in today.

During the question and answer period, someone asked Mr. Scinto how he has adapted to an economic climate where there are fewer workers in Connecticut in 2015 than there were in 1990. A world where many telecommute, how can a real estate developer that sells office space not only survive, but thrive. Mr. Scinto’s answer was as sincere as the man himself: he quickly replied, “If you’re just going to rent office space, you’ll go out of business. You’ve got to rent a lifestyle.”

What he meant by that is that his customer service and treatment of his tenants and his entire Scinto experience is what sets him apart from the rest. He personally calls each tenant on their birthday, and prides himself in the finest of tenant gifts during the holiday season. With pride, he shared how there were over 1,500 photos with Santa taken over the holiday season. Bob Scinto knows how to treat his tenants. But he is also a very shrewd business man, and has placed a hedge bet by securing and developing rental properties at various affordable price points so as to assure a home within the Scinto family for anyone who may be in need of office space.

Bob Scinto’s office is full of inspirational books, quotes and posters. He quickly turned on some music and said that he ‘loves to play music from his youth, it keeps him young.” Carol King’s ‘I Feel the Earth Move’ was playing in the background during our tour.

Bob Scinto is very careful as to how he spends his time and thus says that he has become very good at hiring ‘brains’. He surrounds himself with people smarter than him and then trusts them to do their jobs. That way he can focus on retention and maintaining the client relationships and still have plenty of time to actively participate on 15 boards. Among these are Big Brothers/Big Sisters of Fairfield County, Discovery Museum, Junior Achievement of Western Connecticut and the Boys Club/Girls Club of Bridgeport. He is also very passionate about the Bob Scinto Foundation which provides full scholarships for local youth.

The Thrill of the Solution

As a creative director, you may wonder why did I leave so inspired from a real estate developer’s talk, but I can honestly say, that I haven’t been as inspired by a successful person such as Mr. Scinto in a very long time. My favorite Scinto quotable was actually about happiness, but it was also about problem solving, something that as a creative, is part of my job. Mr. Scinto said that , “The secret to happiness is your ability to solve problems. The thrill of the solution is the thrill of business.”

I can completely relate and agree to that. We are all be in the problem solving business in one way or another and there is a thrill that we all chase. I hope these notes and photos were able to inspire you as much as they inspired me. Mr. “Bob” Scinto is proof positive that you don’t have to look very far to find a real-life “hometown hero” – sometimes they are literally in your own backyard. 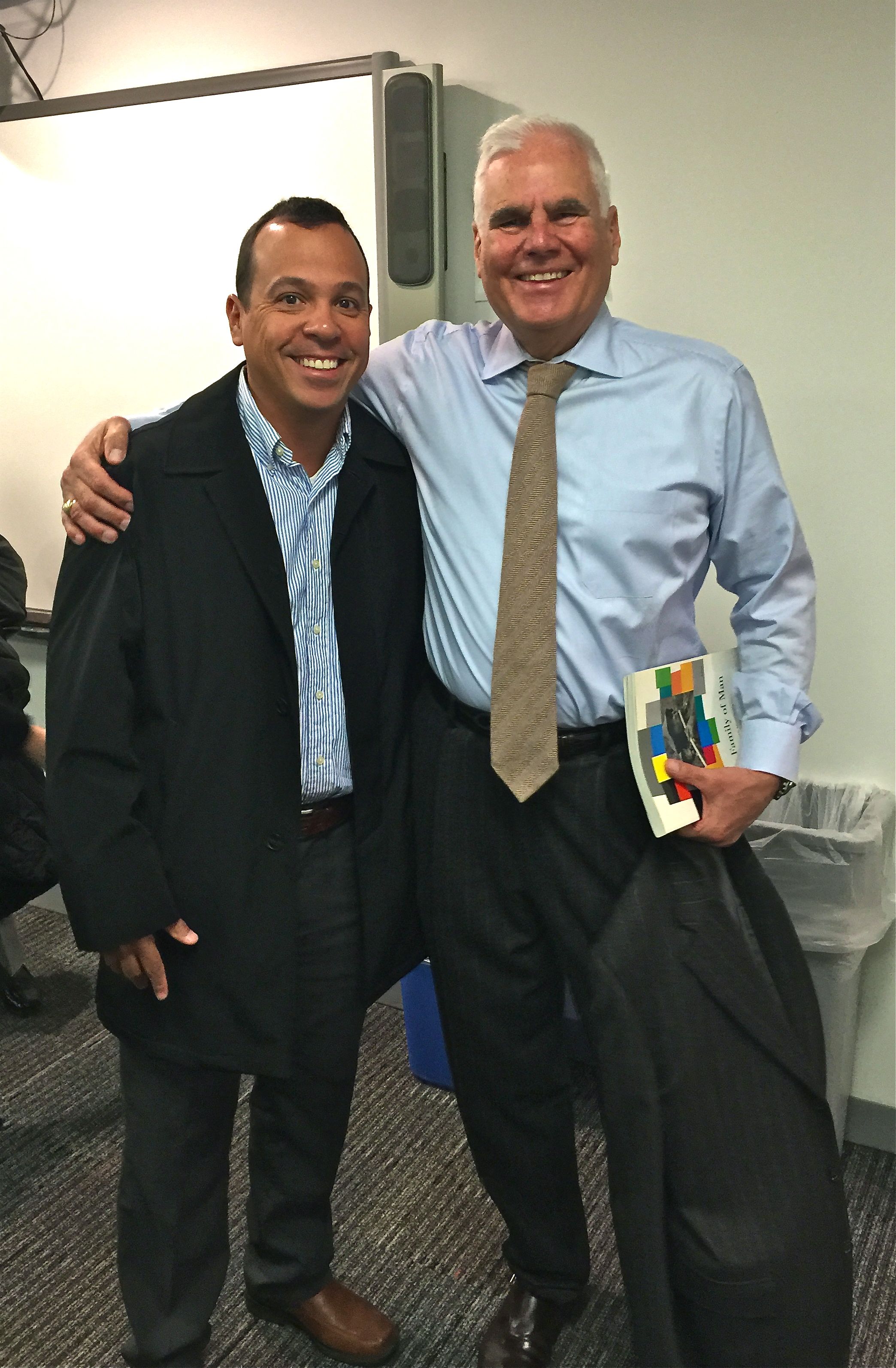 For more information on Bob Scinto and the Bob Scinto Foundation, visit:

Ramon has over 22 years of experience in award-winning, market-proven, print collateral, marketing material, iphone/ipad app and website design specializing in corporate identity and branding. Ramon’s passion for entrepreneurial design was borne out of 10 years as Creative Director for Jay Walker at Walker Digital, the Stamford based idea laboratory and business incubator holding over 300 US Patents. Ramon served as Senior Art Director on the start-up launch team behind Priceline.com, a Walker company and invention. Most recently, Ramon’s logo and identity work was selected to be published in “Typography and Enclosures” the fourth book in the Master Library series by LogoLounge.