Pokémon GO: 5 Things Nintendo Should Do (If They’re Smart) To Capitalize On The App’s Success

Home > Pokémon GO: 5 Things Nintendo Should Do (If They’re Smart) To Capitalize On The App’s Success

Today I make a statement that, in 1998, would have made all of my 5 year old dreams come true: It seems that Pokémon have entered the real world. That’s right, Nintendo’s latest goldmine is the new app Pokémon GO- an augmented reality game that is taking the virtual reality based genre to never before seen heights while taking the entire world by storm. The game officially launched on July 6th and in the week since, Nintendo has been on a gargantuan winning streak. Some milestones being:

With all of this newfound success, any good company should be focused on how to both sustain and increase it. Here are 5 things I believe Nintendo should do to continue monetizing their Pokémon platform. :

Pairing Pokémon with company promotions is sure to be another big win for Nintendo. How might this look you may ask? Well, now when Target has a sale on jeans, they may also have a 40% higher chance of rare Pokémon appearing in their Men’s section. This could also expand to generating branded versions of their creatures. . So for our Target example, Pokémon caught inside of the store might have a red target around one of their eyes like the Target mascot dog, “Bullseye.” I for one am definitely hoping to catch a Machamp wearing a Supreme tank top.

Your local pizza place or coffee shop just beat out the competition. By giving businesses both small and large the ability to buy or bid for their establishment to be a Poké Stop or Gym, they can easily increase foot traffic to their businesses. Many companies would pay Nintendo good money to create that type of foot traffic. A way to bolster engagement directly from this feature might be to take an in app picture of something inside of the establishment, like a restaurant menu, to increase the in-game rewards for the consumer.

With regard to the short term, If there’s a small concert or live band performing at a venue, the event promoter should be able to purchase a 3 hour Poké Stop or gym pass to attract people. Couple that with a few “Lure Modules” to bring more Pokémon around and you have a recipe for a packed event!

This is where you buy a Subway sandwich and get 10 Pokéballs or some incense (an in game reward that attracts Pokémon to your character). Nintendo could make a load of cash from companies who want to offer free in-game items or Pokécoins as a bonus to their products. Here’s my prediction for a Chipotle comeback if this comes to pass.

Hear me out on this one. We all hate in game ads, but Nintendo could stand to make a lot of money if they make them optional. A small message appearing asking if you “would like to watch this 60 second advertisement to earn 20 Pokéballs” might not be too annoying for players and might garner a lot of click throughs. Companies being able to pay for their logo to appear on the game map could be a large value-add as well.

Nintendo can foster a great company image by doing things like setting up Poké Stops or influencing rare Pokémon appearances at blood drives or community service events. They would actively inspire more people to get up and get out to places that need the support, as Nintendo quite literally has the power to control where people move through incentive now. If Nintendo ever wanted to throw their hat in the political realm, they could make polling stations Poké Stops on Election Day and watch voter turnout explode.

Another initiative could be fitness. The gamer population, often stereotyped as couch potatoes, are now up and walking more than ever (Oh how I wish this was around in grade school when my mom would tell me to put the game down and go play outside). Nintendo can set fitness incentives for gamers, all the while increasing average time spent in application. For example if a player jogs for a certain distance with the app open, from that point forward their chances of running into stronger fighting type Pokémon increases.

With the rapid growth of Pokémon GO, Nintendo has collected a consumer base that, thanks to augmented reality, can be utilized and marketed to in ways never attempted before. The main question on the table now is: Will the success continue or will this be another fad? Well, with an expansion plan that already includes giving the ability to trade Pokémon and battle each other more consistently they definitely have people excited for the time being. . Couple this with the nostalgia factor from a generation of past Pokémon trainers from the GameBoy days, and the prospect of an app update with new Pokémon from the Johto, Hoenn, Sinnoh, Unova, Kalos, and Alola regions (Yes, these were all game versions) and I think Nintendo will have our attention for years to come. 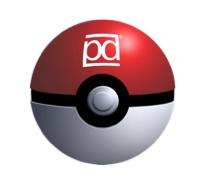 Moises DeLeon is the Director of New Business Development & Sales at Peralta Design. Moises is a Syracuse University Class of 2015 Graduate with Dual Bachelors of Science Degrees in Entrepreneurship & Emerging Enterprises and Finance. He is also the founder of two startup companies: Young Black Successful, LLC. (YBS) and Labyrinth Consulting Group, Inc.