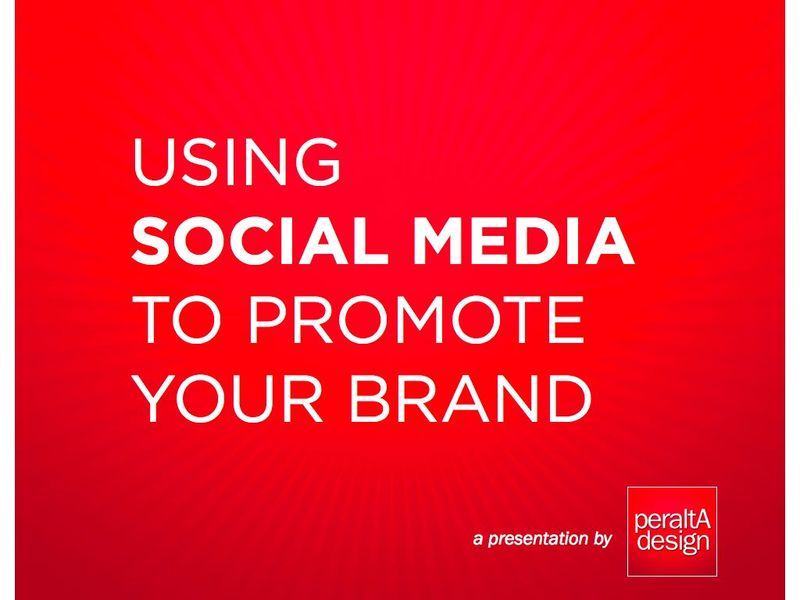 It’s 1:05 am and I’m just wrapping up tomorrow’s presentation. Last minute tweaks that keep me up at night. Being a designer means I’m noticing things that probably no one else will: kerning, leading, consistent placement of logos, etc. I’m up past my bed time here in my hotel room in Portsmouth, Virginia fine tuning this Keynote presentation that I’m scheduled to deliver at 11:00 A.M. It’s part of a professional development series being conducted for an eastern regional convention of a national service organization that I’ve been invited to participate in.

Giving a presentation on Social Media has its inherent challenges. For one, its in a constant state of Beta. I have to continuously check for updates on all the major social media platforms to ensure that I’m delivering the most up to date information. I’m going to cover specifically, how individuals and small businesses can promote their brands on sites such as Facebook, Twitter, LinkedIn, and Pinterest. I’ll also cover blogging of course, which currently reigns supreme as the hottest trending format utilized to engage and inform your client base. It’s the one form of social media that you can promote with all the other social media tools you use and in doing so helps you reach a wider audience.

Additionally, it gives your followers a glimpse into your mindset and your company’s personality. For example the fact that I timestamped this post gives you an idea as to what lengths I’m willing to go in order to succeed. You may also come to the conclusion that I don’t sleep much, or perhaps you can identify with the second wave of creativity that strikes well after the midnight oil has been burned.

Back to Pinterest. I have to admit that I haven’t been ‘pinning’ as much as I used to when I first gave this site a try. In recent weeks, Pinterest has been under attack for its contradictory Terms of Use. Specifically, how it frowned upon self-promotion, while simultaneously advising users to make sure they had rights to what they were posting – and that they, NOT Pinterest, would be liable should the original owner of the content wanted to sue Pinterest. In a perfect example of the Power of the Blog, blogger Kirsten Kowalski wrote a piece called “WHY I TEARFULLY DELETED MY PINTEREST INSPIRATION BOARDS” that went viral, attacking the terms found on Pinterest.

Articles have appeared this week in various outlets including the Wall Street Journal and TechCrunch recently wrote an article describing how Kowalski’s Blog may have single-handedly forced Pinterest to change their terms and conditions:

“As Kowalski explains in the interview embedded above, the main issue is this: Pinterest’s community standards, or “Pin Etiquette,” explicitly discourages users from self-promoting by “pinning” photos they have taken themselves. But at the same time, Pinterest’s Terms of Useactually forbids users from pinning any photo that does not belong to him or her, and states that users are subject to any legal action that is taken from the copyright or trademark holder.

Once she looked deeper into this contradiction, Kowalski made the difficult decision to delete all the Pinterest boards she had made that used photos taken by other people. “A site can’t put out something like that and say, ‘If you use it like we intend you to use it, you’re liable, not us,’” she said.

The issue struck such a chord that Kowalski soon received a phone call from Pinterest co-founder and CEO Ben Silbermann that turned into an hour-long conversation. According to her, he acknowledged that Pinterest was “having some growing pains” and vowed that “changes are coming” to the Terms of Use that will make the site better for photographers and users alike. Over the past few weeks, Kowalski has communicated more with Silbermann and others at Pinterest about what those changes could be — and according to what they’ve told her, they are almost certainly on the way.”

As of April 6th, Pinterest’s Terms will change. Additionally they have also removed the stipulation that they would have the right to sell users content. These has undoubtedly kept many users away from using their site.

My Social Media presentation originally had a warning about posting images to Pinterest due to this very same issue. I did want to include it in my presentation on brand promotion because Pinterest is (last reported) 80% Women. (It was 97% not too long ago). So if you have an industry related to Weddings, Cooking, or Fashion, you may want to promote here. There are approximately 11 million active users (mostly women) on Pinterest. I just happen to Google Pinterest this morning, only to find out that on Monday, this news had broken out. I had to modify the presentation to include this breakthrough. I had to keep it as current as possible, even though I’m sure something else will change or be reported by the time I actually give the workshop.

I’m not proclaiming to be the master of Social Media, but I understand it’s power and know how to help my clients harness it to help promote their brands. Am I an early-adopter; maybe, a shameless self-promoter; definitely, (although every one is a self-proclaimed expert in Social Media these days), but I have heavily promoted my design company across all platforms over the last 24 months and have experienced a dramatic growth in referrals, recommendation and lead generation. My firm has helped many of our clients develop social media strategies that have helped increase awareness and sales for individuals and businesses alike. It has been my personal experience that it works if you work it. As long as your message is consistent and engaging (you need conversation), you cannot ask for a better platform to establish yourself or your business brand as an authority in your field while interacting with your customer base.

I do realize that it’s an ever-changing and ever-evolving space. At any given moment you can Google a social platform and find new data, new statistics and new ways to market with them. I was about to report that Google+ had only 40 million active members, until I Googled Google+ to find a report that claimed that number to be closer to 100 million. I can’t keep up, but I can at least help inspire a few novices that may find value in what I can share with them from my own experience, and from what I’ve found out from various sources across the internet. This month’s Entrepreneur Magazine even had several great articles on this very topic. Social Media marketing is trending very hot right now, and its important to stay informed and not be left behind. Right now I have to accept that as soon as I present this workshop tomorrow, there will inevitably be some data in my slideshow that will need updating. Just like social media is in a constant state of beta, so will my Keynote deck be. Now, if you’ll excuse me, I’m going to go iron my suit.