Conservative media outlets have jumped on the so-called Mr. Potato Head rebrand like white on rice. To be honest, when I first heard about it, I was a bit surprised too, my first thought was, “don’t we have bigger fish to fry?” My second thought was, if Hasbro thinks this counts as a DE&I check box (Diversity, Equity, and Inclusion) then I’m going to assume that their C-Suite is reflective of our true America: a beautiful mosaic of colors and genders running one of the most successful toy companies in the world. We all know what happens when you assume, and let’s just say Hasbro has some work to do in that department.

In this particular case, I think it is fair to blame the media for the brand confusion that ensued after the announcement was made that Hasbro was dropping the “Mr.” from the “Potato Head” brand. Combine that with the fact that no one reads beyond the click-bait headlines anymore and you have the recipe for disaster.

Hasbro never said Mr. Potato Head HIMSELF was being made gender neutral. What they DID say was that they are dropping the “Mr.” from the toy line (THE BRAND) itself. That is a key factoid: the brand name (now known as just Potato Head) is the toy line, and the product name (Mr. and Mrs. Potato Head) have NOT changed.

That’s not how the media chose to report it. Here’s an example headline, that even I shared after being triggered by how low on the totem pole of priority I thought this was…so YES, even I fell for the FAKE NEWS from the misleading headline from this Washington Post story: 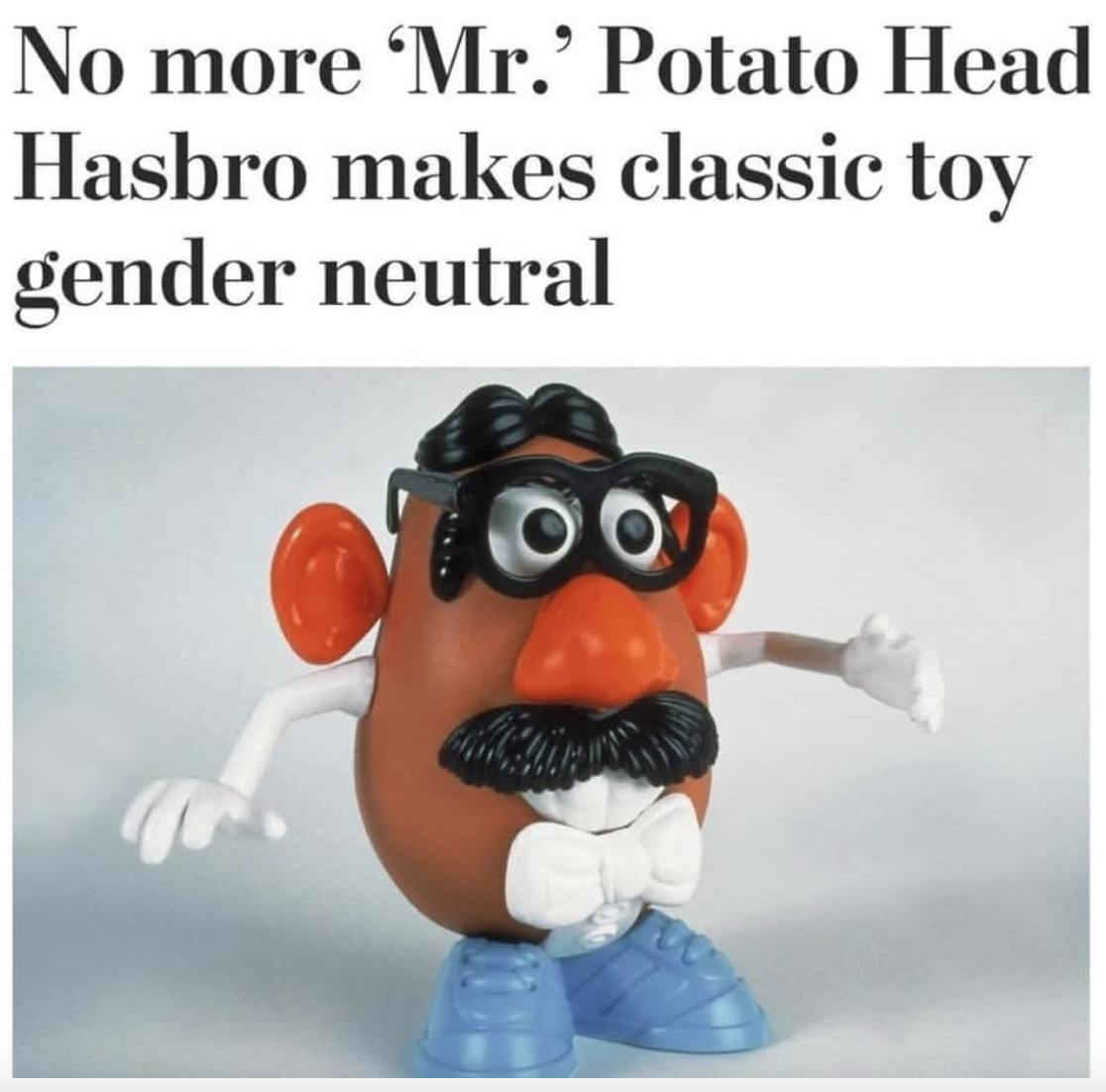 In reality, the impact of this move is welcome, timely, and much more reflective of our modern family than some folks feel comfortable admitting. While right wing pundits are screaming ‘cancel culture’ strikes again, let us for a moment, use cognitive empathy: to fully understand why brands evolve to keep up with changing times.

Imagine if you will,

a boardroom, a brainstorm session for new product development is taking place at Hasbro. Someone comes up with the genius idea to develop a potato family playset for the Mr Potato Head brand. You can see where this is going… this playset couldn’t be called Mr. Potato Head Family Playset for obvious reasons: today’s family may or may not have a Mr. It might just have a Mrs (or a Mom, or two Moms) or it might even have two dads. That boardroom had it’s “aha” moment. Let me clarify, that I’m merely speculating how this went down. This could have easily occurred the other way around, in which case the rebrand for the toy line was necessary in order to expand the product line. You see, “Mr. Potato Head” is just WAY more limiting from a branding standpoint than “Potato Head.”

By rebranding their PRODUCT LINE and not the PRODUCT, they made room for an infinite amount of possibilities and combinations and creative play. Because ultimately, we’re talking about a toy here. A toy that as Hasbro puts it, is meant to encourage kids to “Create their own Potato Head Family.” 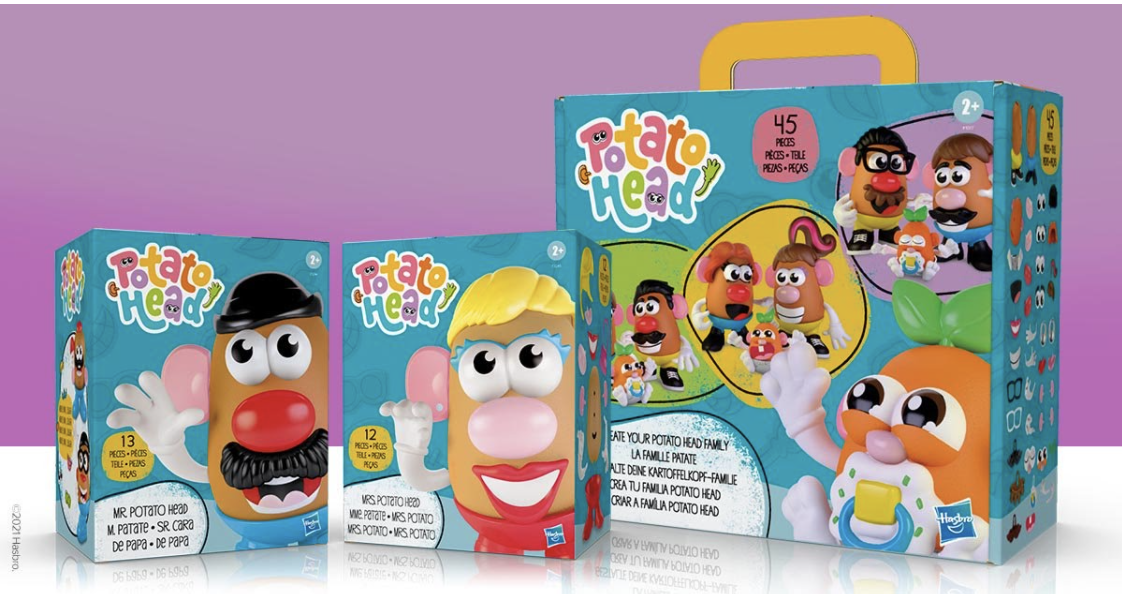 Hasbro is really trying their best to deal with the fallout – here’s what they said via Twitter in response to the backlash:

(By this point, conservative media outlets were running wild with the story)

The LGBTQ community had this to say:

“Hasbro is helping kids to simply see toys as toys, which encourages them to be their authentic selves outside of the pressures of traditional gender norms,” said Rich Ferraro, GLAAD’s chief communications officer, in a statement.

I can appreciate GLAAD’s CCO’s statement but I do want to stress that this rebrand, which in my professional opinion falls under the brand evolution category, isn’t just limited to the LGBTQ community. It’s a simple logo name change, with the same fonts and colors that to the average consumer, won’t even be a noticeable difference because the product name didn’t change, the brand of the toy line did.

At the end of the day, I support this next phase of the brand’s development. It is good business and a move toward empathy (which seems to be in short supply these days.) I think it simply encourages children to imagine or play with their toys as they see fit and as they feel comfortable. They may try and recreate their family set up at home, or they may simply use their imagination (which is what kids are supposed to do). Brands need to evolve with the times, and so do people, even if it makes you uncomfortable at first. The world is evolving and whether you lean left or right, we can all agree that everyone deserves the right to feel comfortable in their own (potato) skin. While I do understand this move is the right thing to do and will ultimately increase profits for Hasbro by expanding their toy line, I do hope that Hasbro Corporate does more for Diversity Equity and Inclusion than change a logo, but it’s a start. 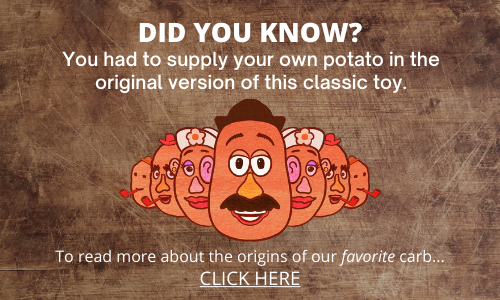 Side Note: Potatoes are Asexual

Before you get all riled up and cancel Hasbro, let me remind you that potatoes are asexual… they reproduce asexually by vegetative propogation…. You ever leave a potato out for too long, and you see it start to bud little sprouts? Well that’s just the potato getting it’s own groove on.